Between the end of 2012 and the first half of 2013, a man to whom I would personally like to dedicate this article, concretely showed for the first time in the world a fact that, up to that moment, had been nothing more than speculation by conspiracy theorists: mass surveillance. That man was named Edward Snowden, a US computer scientist, and a system administrator at the NSA (National Security Agency). Precisely this last characteristic allowed him to access a whole series of extremely confidential pieces of information and, above all, to discover that national espionage was not done only on limited objectives, as was typical in the past, but was generally extended to anyone, collecting all possible data on individuals in secret and permanently archived files (hence the title of his book, “Permanent record”). Such a discovery could not remain secret, so the activist made all the information available to the general public, filing a conviction on June 21, 2013, for the violation of the Espionage Act of 1917 and for theft of government property, forcing himself to the life of a hermit somewhere out of the way of Russia. The story of Snowden, fascinating in his little one, is remembered mainly because it started one of the longest and most heated debates of the last period: privacy and mass surveillance.

Mass surveillance is nothing more than the harmful and increasingly typical practice of spying and controlling part or the entire population, and can be applied through a myriad of different means: from CCTV systems (basically, cameras) to email interception, from ” aggregation of data” by some famous companies to cyber-attacks. Unlike what is commonly thought, among other things, this type of control is not only put into action by government structures but also by private companies: just think, momentarily, of the scandal that arose a few years ago around the British Cambridge Analytica.

Mass surveillance and everything connected, although it is presented as the definitive tool for the fight against crime and terrorism, has a fundamental problem that makes it itself a criminal and almost terrorist practice: it takes away our privacy. And without privacy, we are lobotomized slaves. Trivially, privacy is the right without which no one else makes sense of existing: what good would freedom of speech and thought be for, without having a place to exercise them safely, away from government ears?

This is also curious, because people who firmly affirm that privacy is not something important, tend to be the first to implement a whole series of measures to protect it. These are the people, normally, the first to defend the passwords of their accounts with blood, to prevent others from seeing their social networks or their emails, and lock the bedroom or bathroom door, to prevent others may entering their private realm. But nonetheless, they continue to defend the position that privacy is not important. For example, in 2009, the then CEO of Google, Eric Schmidt, in an interview about the privacy damage done by his company, calmly replied that “if you are doing something that you do not want others to know, you should not do it a priori”. This mentality can be commented on in many ways, but the term I personally prefer is “hypocrite”. Because, as we said, the people who come up with these brilliant statements tend to behave in diametrically opposite ways. In fact, it was Eric Schmidt himself, still CEO of Google, who told all his employees to stop communicating with CNET magazine, after it had published an article full of personal and private details on the CEO. Details, among other things, ironically obtained through very trivial Google searches. Or again, Mark Zuckerberg, whom we all know for having “conceived” the Facebook platform, in an interview in 2010 declared that “privacy was no longer a social norm”: a pity that, a few years later, when the time to buy a house with his wife, he not only bought the house but also the four adjacent houses, for a total of $ 30 million, just to make sure he had a privacy zone that prevented others from observing what they were doing. in their private life. As usual, a hypocritical mentality on the face.

Because all of us, even those who officially deny it, instinctively recognize the incredible importance of our own privacy.

Of course, the human being is a social animal, and as such, he needs others to know and understand how to direct his actions, thoughts, and life path: this is society, and it is also the reason why we publish voluntarily online information about us.

But everyone, without exception, needs a place where we can go outside the critical gaze of society, and this is not why we are terrorists or criminals: there are millions of things we do and think, that we can tell our doctor, the lawyer, psychologist, friend or girlfriend, but we would be infinitely ashamed to tell anyone. Fears, vulnerabilities, failures, relationships, defeats, wounds, fantasies and problems, present, past, and future: these are information that any of us want to keep private, regardless of what they can tell differently in front of a nice camera or behind the protection of an illuminated screen. After all, it is our intimacy.

There is a reason why privacy is a right so instinctively and universally desired: when we are observed, our behavior changes radically, it is limited to what is socially acceptable. Shame, that is, what blocks us instinctively in that situation, is a very strong emotion, which is as motivating as the desire to avoid it is intense. Disappointing the expectations of others, or going against basic social conventions, generates such an amount of shame in the individual that he immediately begins to assume a more submissive and conformist behavior. It weakens, loses its character.

It is certainly not a new concept, indeed: in the end, the witch hunt and the medieval public pillory were based entirely on this principle. In 1791 the French philosopher Jeremy Bentham had designed, based on this principle, the ideal prison, the panoptic: the concept of the design was to allow a single supervisor to observe all the inmates through an enormous tower located in the center, without however allowing them to understand at any time whether or not they were controlled. Basically, inmates had to assume, at all times, that they were being watched, making the panoptic the ideal tool for maintaining obedience and discipline. Not too late, in 1975, the French philosopher and essayist Michel Foucault, published a book as controversial as it is currently called “To supervise and punish: the birth of the prison”: in this book, essentially, he not only gave full support to the theory of the panoptic, but he defined that structure as the key to social control for modern Western societies, which had to stop using violence to imprison dissidents, and instead move on to mass surveillance, given the mental prison it creates in the heads of the population. This type of imprisonment is a much more subtle tool, although more effective than mere brute force, for obliging obedience to social norms, laws, orthodoxy, and so on. Even the immense George Orwell, in his dystopian portrait of reality “1984”, relies on the panoptic theory to imagine future state surveillance. Of course, within the novel, the citizens were constantly monitored through monitors in their homes, but the author’s message was another: the state surveillance of the future would not be that for which the state would constantly monitor people, but rather that for that people would be aware that they could be monitored at any time.

Of course, it was not possible to know if and when he was under observation. […] Whatever it was, he could connect to your device whenever he wanted. You had to live (and in fact you lived, by virtue of that habit that becomes instinct) assuming that any noise you produced was heard and any movement – which was not done in the dark – carefully scrutinized.

These works so different from each other, ultimately, have a common message, their shared conclusion: a society in which anyone can be watched at any moment is a society that produces obedience and submission, and that is why any dictator and tyrant, more or less openly, points to this system. The Communist Party of China with its social credit system is the finest and clearest example of this.

The world of privacy, in the end, is nothing more than the opposite of these sick dystopias: a world in which the ability to think, reason, and speak out of the judicial eyes of society is not denied but rather is encouraged. A world where dissent, creativity, and curiosity survive. At the very moment in which we allow the existence of a society in which we are forced and subject to continuous monitoring, we are weakening our freedom, our essence.

Nonetheless, there are still people who, open the privacy debate, respond that they don’t care because they have nothing to hide, implying that only people with disordered consciences have to worry about privacy. First of all, it is a statement that refutes itself: saying that you don’t care about privacy because you have nothing to hide is no different from saying that you don’t care about freedom of speech because you have nothing to say. But leaving this alone for a moment, this affirmation reinforces and spreads two highly destructive messages. On the one hand, in fact, it conveys the message that only “bad people”, the “bad guys”, care about privacy: it is an erroneous conclusion that we should absolutely avoid, because, even ignoring the hypocrisy of this sentence already described in earlier in this article, a civilian’s conception of an “ugly person” differs terribly from that of those in power. For the latter, in fact, this condition is conceptually extended to anyone who challenges their position. On the other hand, this type of mentality forces a compromise: one can be free from the dangers of surveillance and the lack of privacy only and exclusively if one is willing to become sufficiently harmless and not threatening to those in power. Maybe you are not that kind of person, maybe you are not “dissidents”, but the simple fact that there are other people not only willing, but also capable of resisting and opposing that power, is something that improves our condition as citizens and human beings, and which we should preserve at all costs. For better or worse, the measure of a society’s freedom is given by how dissidents are treated, certainly not by how good, obedient, and submissive citizens are treated.

Fortunately, the issue of privacy protection is spreading among the population: according to the most recent statistics in this regard, now 81% of American citizens believe that the accumulation of data and profiling by companies can be more harmful than beneficial. . But that’s not enough, it is necessary that constraints, transparency obligations, and laws prevent companies and governments from harming individual privacy: with the GDPR, the European Union has started this very long journey, but it is not enough to regulate the use of data, the same must be done at least for data collection. It is not possible that, currently, a citizen interested in his own privacy is forced to a thousand limitations and sacrifices in the experience he has of the devices because as long as privacy is a right reserved for those few individuals aware and able to limit the information uploaded in the network, this battle will be lost. And all of us, as humans and citizens, could do better. 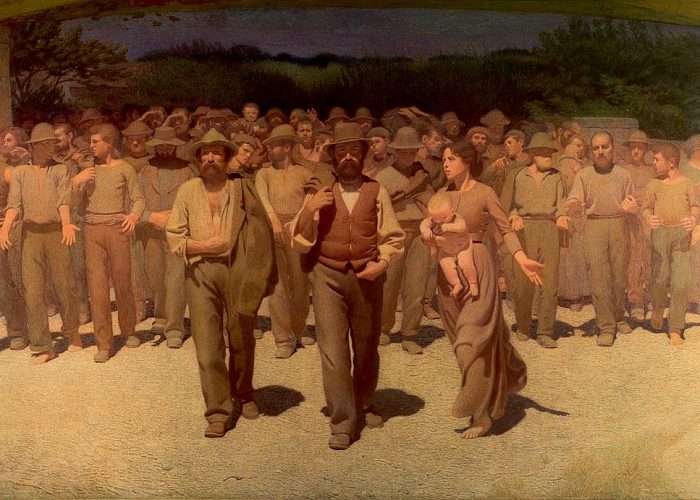 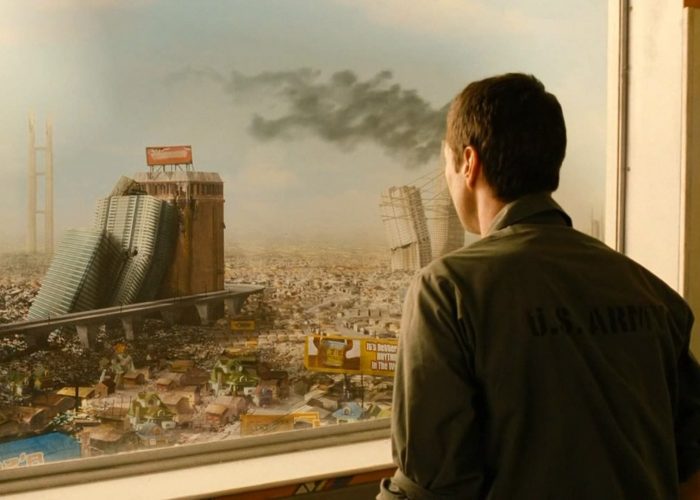 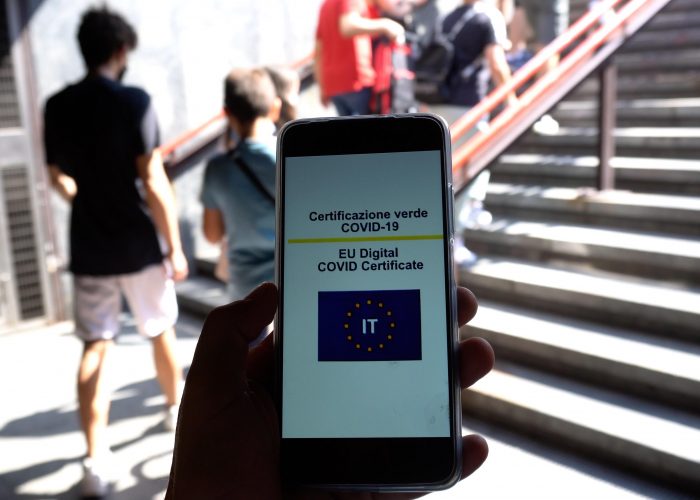